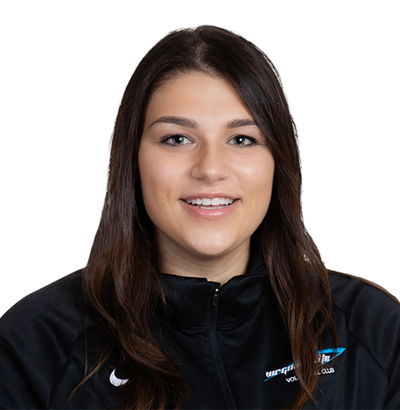 Heather Stout begins her second season with Virginia Elite, her first year as head coach. Stout previously coached at New York University for two seasons before moving on to coach with Fairleigh Dickinson University for three seasons. While at FDU, Stout served as the 16’s head coach and recruiting coordinator for DIGS Volleyball Club in Garden City, New Jersey, and was honored by GEVA and the American Volleyball Coaches’ Association as the 2020 Regional Girls Club Coach of the Year.

Stout earned her Bachelor’s of Arts in Early Education with a minor in Behavioral Science from Glenville State College, where she was a four-year member of the varsity volleyball team. She also holds a Master’s Degree in Sport Management from Brooklyn College. Stout currently lives in Washington, D.C. and works as the Head Women’s Volleyball Coach at The Catholic University of America, where she was recently recognized as a 2020 AVCA Diversity Award Winner.