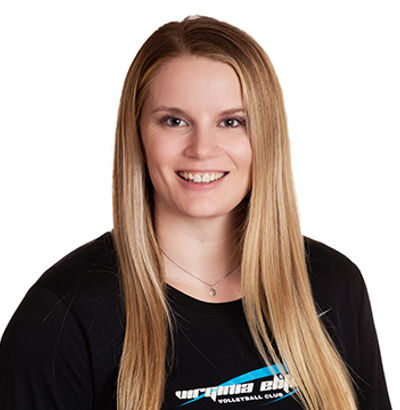 Jamie-Lee Richards begins her second season with Virginia Elite as an Assistant Coach of the 15’s team. Richards joins the club with an exceptionally accomplished collegiate career under her belt and a wealth of experience in coaching club volleyball across the nation.

Richards was a 4-year standout attacker at the University of Dayton, where she was honored as a 2007 AVCA Division I All-American and All-Region selection. She also earned multiple Atlantic Ten Conference accolades, including two First Team All-Conference selections and the 2007 Tournament Most Valuable Player Award. Richards then went on to coach for a combined 8 seasons at Dayton Juniors, Team Z, Beach Elite, South River, and Richmond Volleyball Clubs, working primarily as the head coach of several 15’s-17’s teams. She earned a Bachelor’s of Business Administration from Dayton and now resides in Alexandria, Virginia.