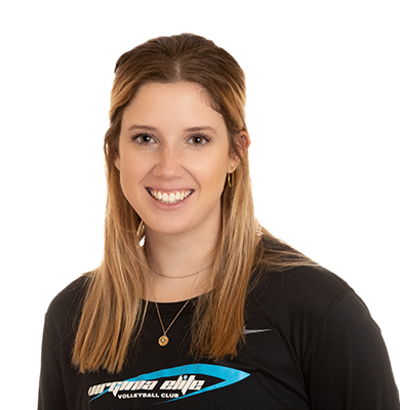 Kelsey Beveridge begins her third season with Virginia Elite as an assistant coach to the 17's team. Beveridge previously spent 5 seasons coaching at Oakton High School and one season coaching at St. Andrew’s Episcopal School, where she played varsity volleyball for four years. She also coached for one year at Capital City Elite Volleyball Club.

Beveridge played as a DS/libero for Franklin & Marshall College, where she helped the Diplomats to the 2010 Centennial Conference title and an NCAA Division III tournament appearance. She graduated with a B.A. in Environmental Science and currently works for the Pew Research Center as a Communications Associate.